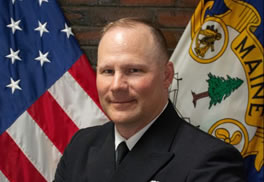 I grew up in Stroudsburg, Pennsylvania which is in Northeast corner of the state. During high school I was on the football and wrestling team and worked at a Ski resort cleaning villas for four years. After high school I worked for a construction company as a laborer where I worked on projects like building septic mounds and blacktopping parking lots. I enlisted in the United States Marines in 1995 and served as a Legal Administrator until I earned an officer commissioning opportunity where I joined the Navy Reserve Officer Training Corps (NROTC) Unit at The Pennsylvania State University (Penn State) in State College, Pennsylvania in 1999. In 2002, I graduated from Penn State with a B.A. degree in International Political Science and was commissioned as a Second Lieutenant in the United States Marine Corps. I served in different states, countries, while being part of infantry, artillery, and air military units. I am a graduate of the Naval War College, in Newport Rhode Island where I earned a M.A. degree in National Security and Military Studies in 2015. I ended up serving over 22 years in the Marines and finally retired in 2017. After my retirement I joined the Commandant’s staff at Maine Maritime Academy. My wife and I have three sons and we have been living in Maine since 2011. Outside of work I spend a lot of time at ice rinks for ice hockey practice and games where my youngest son plays the position of goalie on his ice hockey team.

I really like teaching Personal Development classes and traveling on the Training Ship State of Maine during Summer Cruise.

I like to go hiking in Acadia National Park, go hunting for deer, and read books.

I love Rudy (1993) starring Sean Astin as Rudy Ruettiger. The movie was directed by David Anspaugh. It is about Rudy, a football player who was told that he was too small to play college ball. Despite some setbacks, he is determined to overcome the odds and fulfill his dream of playing on the team at Notre Dame.

I also love Miracle (2004) starring Kurt Russell as Coach Herb Brooks, directed by Gavin O’Connor. The movie tells the trye story of Herb Brooks, a player-turned-coach who led the 1980 U.S. Olympic hockey team to victory against the Soviet team against all odds.

My family has three cats.

My favorite book is John Adams by David McCullough.