Commencement marks the culmination of years of hard work, dedication, and perseverance. Each year, we honor Maine Maritime Academy graduates during the traditional spring Commencement ceremony and a December Graduates Reception.

With each event, it is our hope that graduates and their families take the opportunity to celebrate this incredible milestone. Our hope is to make it a special experience for you and your families, whether we are celebrating virtually or together.

We are proud of all you have achieved during your time at MMA.

Earle A. Cianchette ’77
Chair of the Board of Trustees

Earle A. Cianchette ’77
Chair of the Board of Trustees 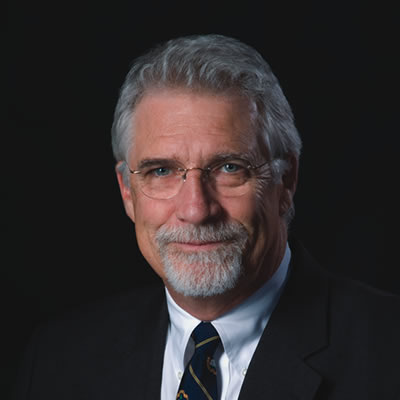 Dr. William J. Brennan became the fourteenth President of the Maine Maritime Academy on May 3, 2010.  As President of the Academy, he holds a commission as a Rear Admiral in the United States Merchant Service. He is a leading authority on environmental policy relating to oceans, the atmosphere, and maritime issues. Dr. Brennan has served as head of the National Oceanic and Atmospheric Administration (NOAA), as Assistant U.S. Secretary of Commerce for Oceans and Atmosphere, and as Commissioner of the Department of Marine Resources for the State of Maine.

In addition to his NOAA duties, Dr. Brennan served as the Director of the United States Climate Change Science Program, integrating Government-supported research on climate and global change.  He also served for a time as the Deputy Assistant Secretary of Commerce for International Affairs, managing the international activities for NOAA and its subsidiary branches.

Prior to joining the Federal government, Dr. Brennan headed W.J. Brennan Associates, a policy and management consulting firm with private and public sector clients in natural resource, energy and environmental areas. He also served as the Sawyer Professor of Ocean Studies in the Corning School of Ocean Studies at the Maine Maritime Academy.

Dr. Brennan began his professional career in 1977 with NOAA Fisheries at its Woods Hole laboratory. His Maine roots remained strong and, following graduate studies in 1983, he served as senior staff in the U.S. House of Representatives office of Congressman John R. McKernan, Jr. In 1987 he was appointed by Governor John R. McKernan, Jr. to serve in his Cabinet as Commissioner of Maine’s Department of Marine Resources, a position he held for eight years.

This year, we are pleased to announce 28 awards that honor students who have demonstrated academic excellence and exemplary character, while making significant contributions to the Maine Maritime Academy community.

Photography provided by Lifetouch Photography and will be available for purchase.

Each students will be allocated up to 6 tickets.

Let your neighbors know what your graduate has accomplished by displaying these posters and lawn signs. They can also be used to decorate for your virtual watch party during the event or as photo props. Use the hashtag #MMAGrad when you share photos on social media so we can celebrate with you!

We’ve prepared these art pieces for printing and display by family, friends, and members of the Class of 2022. The files are made available for general use, in celebration of MMA’s graduates and in conjunction with the Class of 2022 Commencement Ceremony on April 23, 2022. Each item has a white portion where the graduate’s name can be written in.

Do we need tickets for Commencement?

Yes. Each graduate will be given six paper tickets to distribute as they like. If students don’t have six guests attending, they are welcome to share the tickets with friends.

What COVID Protocols will be in place?

As of March 8, 20222, we are not planning to require proof of COVID vaccinations. As we get closer to the event, we may also remove the mask requirement.  Please note, however, that all planning is subject to change with any changes in the current situation.

Where is the main entrance for Commencement, and when do doors open?

The main entrance to the Field House for Commencement will be the large garage bay door, which will open at 10:30 a.m. on Saturday the 23rd.

How long is Commencement?

Will there be option for dining on Saturday?

Yes, the main dining hall will be open from 8:00 to 10:30 am serving brunch.  Graduates eat for free and family members may pay at the door. There will also be a concession stand near the field house offering light snacks and beverages for purchase.

Are you offering a web stream of the event this year?

Yes, the web stream is accessible online at this URL: https://mainemaritime.edu/streaming

Will accessible parking be available near the Field House?

Yes, accessible parking is available at the Field House parking lot located adjacent to the football field. MMA personnel will be available to assist visitors with their parking needs and to provide assistance getting to the Field House.

Requests for disability-related access or accommodations for public events should be directed in advance of the event to MMA’s Accessibility Services at 207-326-2489 or accessibility.services@mma.edu.

Will there be an area available to take a photo during commencement?

Yes, an area to the front left of the stage will be roped off and designated for photos during the commencement ceremony. Please note that multiple families will want to take pictures during degree conferral. Enter the area just before your graduate is conferred and exit once your photo is taken to be mindful of others. Thanks in advance for your cooperation.

If I cannot come to campus, how can I celebrate my graduate?

Photos will be available for purchase. If you would like a program mailed to you, please contact Cindra Leeman at 207-326-2485. Customizable lawn signs are provided on this website for your use.

Will the MMA Bookstore be on on Saturday, April 23rd?

Questions or requests about disability-related access or accommodations for public events should be directed in advance of the event to MMA’s Accessibility Services at 207-326-2489 or accessibility.services@mma.edu.