Students, faculty, and crew at Maine Maritime Academy moved aboard the State of Maine on Sunday, April 24th, and for many this was their first shipboard experience. Excitement was in the air as students settled into their bunks, and most got their first taste of the duties of shipboard life. Alpha company began with Scullery duty for lunch time; washing dishes and serving food, and Charlie company took over for dinner. The next few days everyone was antsy to get under way while loading stores, standing watch, and learning about their respective departments (deck and engine). 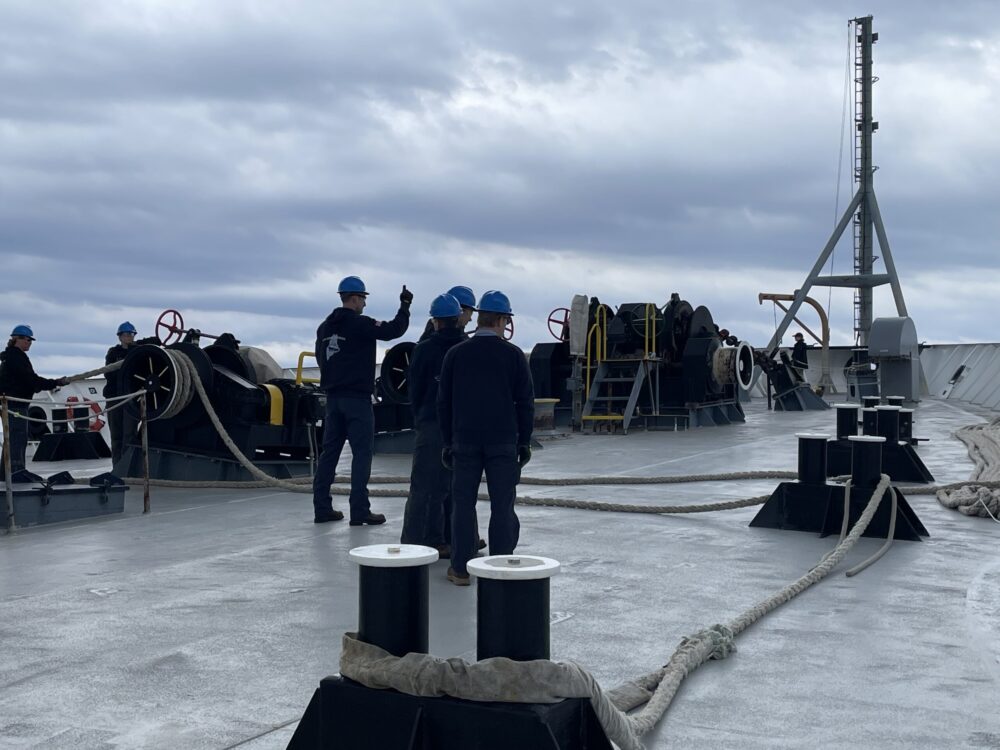 Training is hands-on, hats on!

Day three rolled around, April 27th, and we were under way! By 1400 the rails of the TSSOM were lined with midshipmen waving their families goodbye and posing for the news. We anchored near Searsport, Maine for the night with the help of deck maintenance students, and got under way for Charleston the next morning! 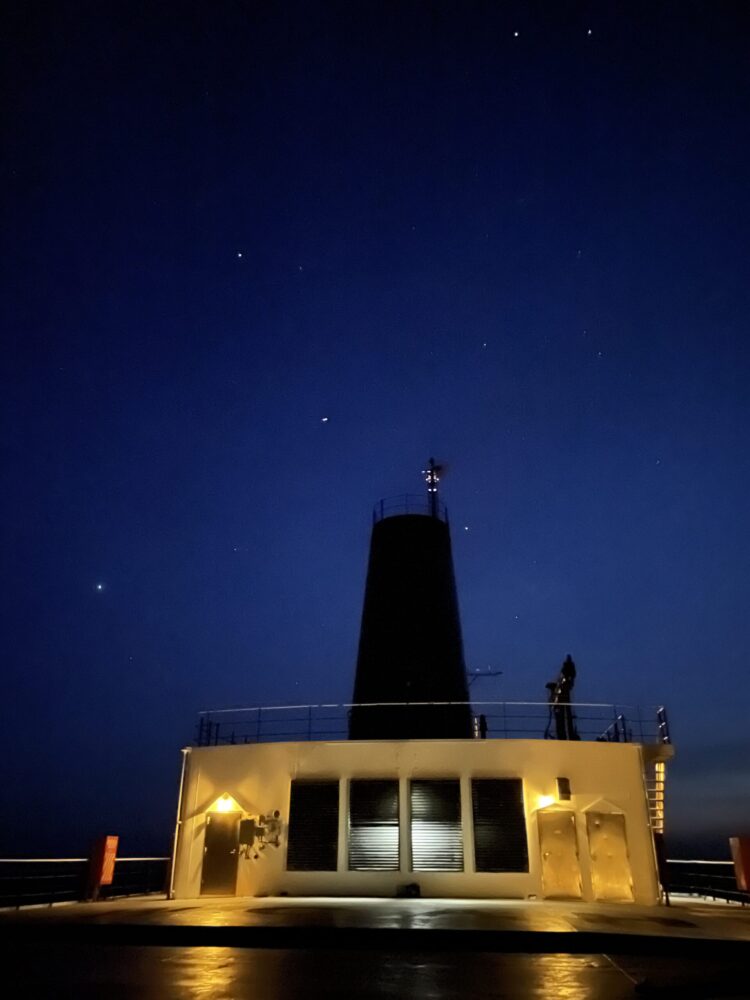 With little light pollution, the night sky captivates those still acclimating to the sounds and vibrations of the ship.

As land became a line on the horizon, the seas grew rougher and rougher. For many, this was their first time being so far from land, and it showed. Nothing but water for 360 degrees! Nurse Tammy Tyler saw a little seasickness aboard the ship in the next few days for the first year students, dishing out ginger ale, bananas, and Dramamine for those getting used to the waves. Despite their green gills, the spirits of students aboard stayed high! Deck students kept us on course (for the most part!), and as we moved closer to Charleston, seas grew calmer and our first year green gills turned to sea legs. The engine room began climbing in temperature, reaching 100 degrees Fahrenheit or more at times, and sunburns started to crop up. Charleston was getting close! 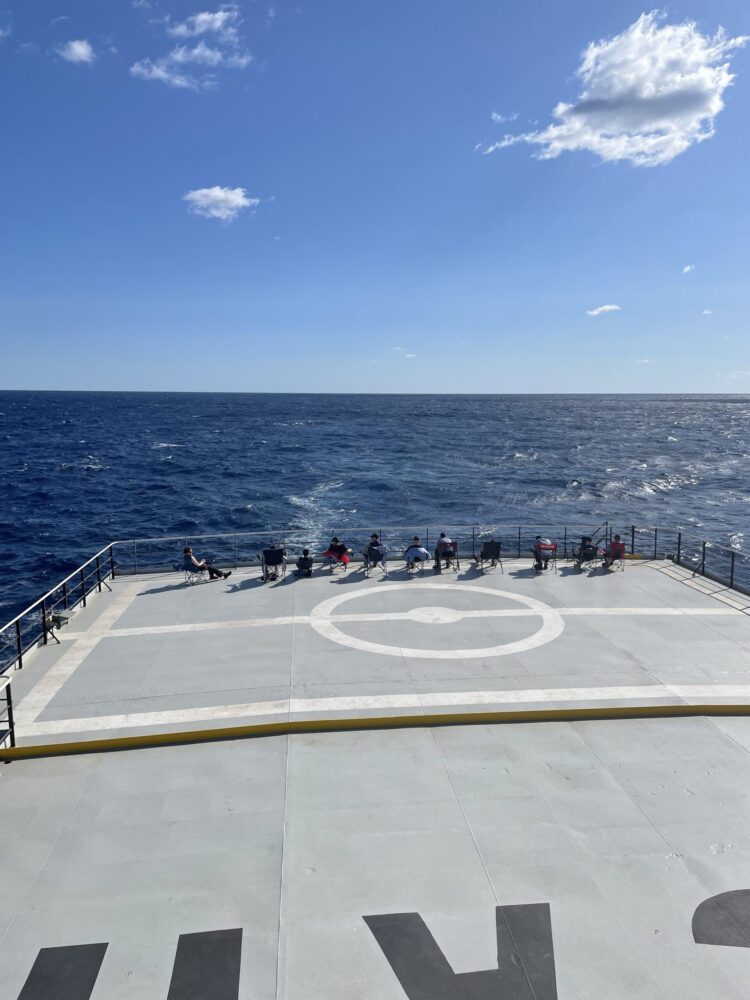 Most days, students and crew have some down time to take in some sun and unwind from a day’s work.

Land ho! We maneuvered through the anchorage outside of Charleston past some large container ships around 0600 on the 3rd, and arrived in port later that day! The companies not on watch got a taste of port liberty; Mariners roamed the city enjoying southern cuisine and warm weather, and everyone came back to the ship on time and in good health! Day two of Charleston, Delta company relieved Alpha of watch responsibilities, and everyone was granted liberty by 1100. Students and staff found fun souvenirs, enjoyed historical sites and monuments, and made great memories in the greenery covered city. Everyone was back on the ship safe and sound by 2100 so we could make way for a cruise ship that took our place in port for the night. The 5th we spent in anchorage, coming in later in the day to load stores and offload trash. 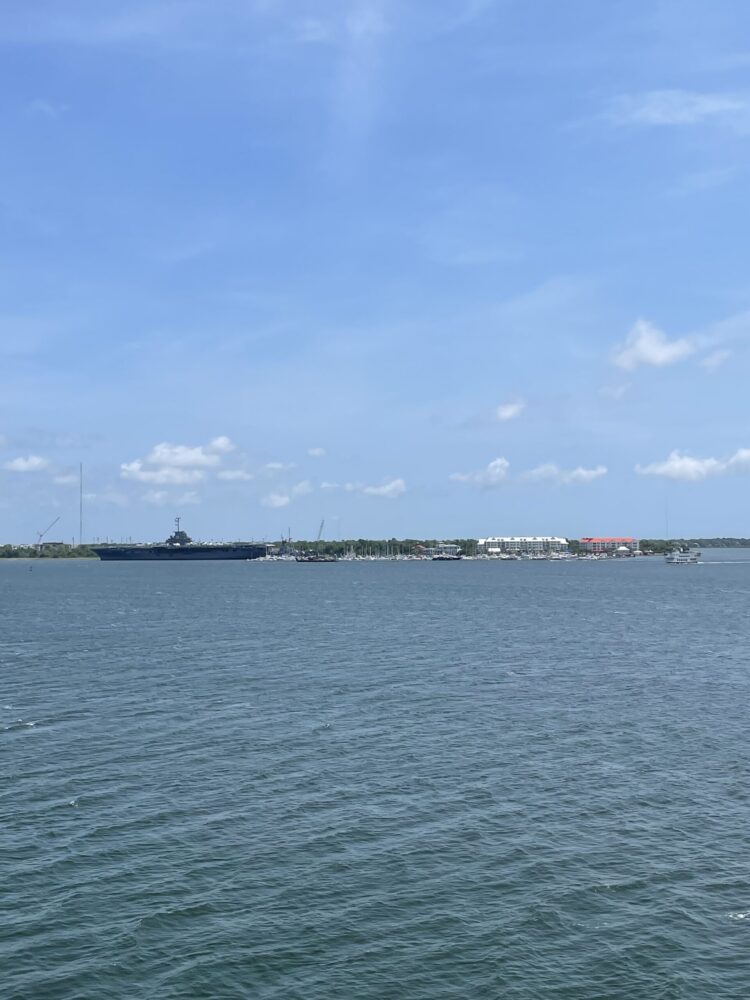 The USS Yorktown greeted us in the distance as we arrived in Charleston, in its historic resting place at Patriots Point.

After some considerable technical difficulties, the blog for Cruise 2022 hopes to be more current and active for those out there tuning in. For tomorrow, we hold position in Charleston, though with a little luck and some patience, Bermuda calls!