We sailed on Saturday afternoon from the Searsport anchorage after clearing the snow off the decks. Proceeding Southwest along the coast we had 9-12 foot seas with an occasional 15 plus thrown in to keep us on our toes. By this morning we were off Long Island and the seas have calmed down considerably. We expect to be at Sandy Hook to pick up the pilot at 0600 on Wednesday and should be at anchor in NY by 0830.

While there we will receive two barges to transfer fuel and the engineers will be changing out some steam regulating valves that preheat the heavy fuel oil on the way to the main engine.

Sodexo has planned a wing night for Wednesday night and despite the head cold that seems to be pervasive, everyone seems in good spirits. 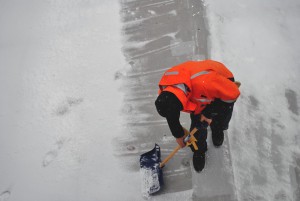 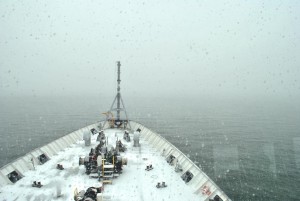 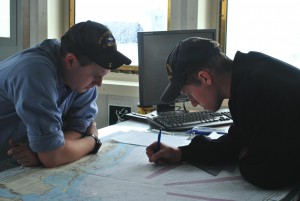 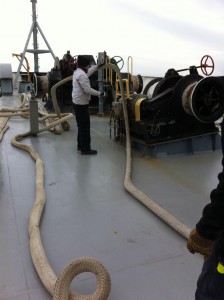 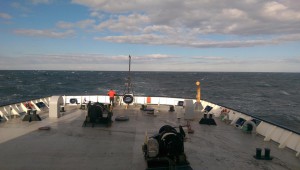