Bowdoin was back in the water today after seven months in the air. The ship’s restoration, including a new deck and systems upgrades, was completed as the ship was freed from the boathouse at Lyman-Morse at Wayfarer Marine in Camden. As the fog gave way to sun this morning, the ship was placed in the water, eventually released from the slings of the lift, be-decked with flags, and towed out of the launch area to the Lyman-Morse marina. There is still a bunch of work to do to get Bowdoin ready to sail, but for now we are celebrating all that has been done over the fall, winter, and spring to bring the vessel back into amazing condition. Huge thanks to everyone who has worked on this project, and who helped this morning. And hooray for Bowdoin and her bright future! 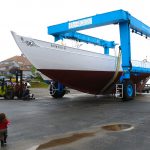 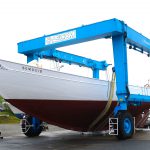 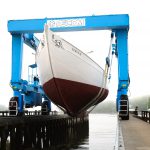 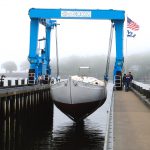 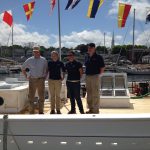 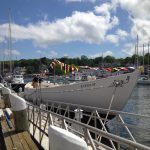 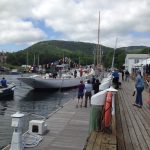 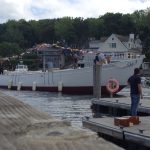 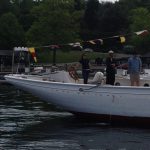 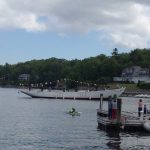