CASTINE, Maine – Maine Maritime Academy reinstated its NCAA Division III Football Program with varsity competition set to begin in 2025. The decision was announced by Maine Maritime President Jerry Paul ’89 on Monday. The Academy also announced that it will compete in the Commonwealth Coast Conference (CCC) beginning in 2025.

The Mariners will begin competition as a sub-varsity program in 2023 and continue to replenish the roster through a sub-varsity 2024 season. The Academy also announced that it has opened a search for its next head coach, which will be followed by a search for two coordinator-level positions.

Maine Maritime is preparing for a full, 10-game slate in 2025, coinciding with the first year of competition in the CCC. The CCC features two Maine colleges, Husson University and the University of New England. Curry College, Endicott College, Nichols College, and Western New England University. Salve Regina University is presently a member of the CCC but is slated to move to the New England Men’s and Women’s Athletic Conference (NEWMAC) in 2023. Conversations are already taking place with Massachusetts Maritime regarding the resumption of the annual Admiral’s Cup, which has been played 59 times dating back to 1946. The Academy will seek to create a varsity non-conference schedule that features institutions with a similar mission.

Maine Maritime’s return to football follows an indefinite suspension that was announced on August 14, 2020, because of financial challenges faced by the Academy resulting from the pandemic, including the need for two additional sea terms to alleviate the backlog of sea days created by the cancellation of the 2020 summer sea term. Maine Maritime began fundraising to restore the program in September, and raised $562,000 over a three-month period, covering 75-percent of the Academy’s unbudgeted costs to restart the program’s operation. That effort was taken up by the Maine Maritime Moving the Chains Committee, consisting of Chairman, Ed Scott ’89, Vice-Chair, President Len Tyler (Ret.), Stephen Dick ’71, David Dodge ’71, Bill Full ’76, Larry Burrill ’77, Wayne Norton ’86, and Jeff Reidel ’86.

The Harold Alfond Foundation was the most substantial contributor to the effort, supplying $250,000 by way of an unrestricted matching grant. The Academy received $566,778 in gifts from a total of 155 donors.

“We are proud to welcome students from across Maine and America to join in the rich tradition of Mariner Football.  This is an exciting time.  As we re-start the program there will be once-in-a-lifetime opportunities to participate at the college level and be part of our next chapter to success while earning a world class degree leading to a high-paying career in a growing market. I am proud of the alumni support and Alfond Foundation who made this program possible, we are grateful that they share our vision for the future of athletics at Maine Maritime.”

Gregory Powell, Chief Executive Officer and President, The Harold Alfond Foundation
“The Board of the Harold Alfond Foundation is pleased to support Maine Maritime Academy’s efforts to bring football back to its campus.  More importantly, the reinstatement of football at the Academy will enhance the number of Maine students who wish to earn a degree from Maine Maritime Academy while continuing to play football in college.”

“I am incredibly excited about the energy that has been building around the football program over the past several months. The restoration of football really ends the pandemic-footing we have been standing on in this department for too long and makes us whole again. I am excited to shift from the fundraising phase and into the phase of rebuilding the program into something our alumni will be proud of and into a point of pride for the campus and Castine communities.”

“This is a wonderful day for the Commonwealth Coast Conference and Division III football in New England. For more than 50 years, the New England Football Conference was special, groundbreaking and unique. Maine Maritime was a founding member of the NEFC, a football conference that lives on in today’s Commonwealth Coast Conference. The CCC is ecstatic to be the new football home for Maine Maritime, an institution that played such an important role in the NEFC for more than half a century. In addition to restoring old rivalries with programs at Curry, Endicott, Nichols and Western New England, the CCC is honored to play a part in helping Maine Maritime create new rivalries with in-state programs at Husson and the University of New England. The Maine Maritime community has stepped up to embrace the football resurgence at a wonderful and prestigious academic institution, and I am confident that MMA’s commitment will benefit and strengthen CCC football long into the future.”

“Husson Football congratulates Maine Maritime on the restart of the football program. We love football, specifically football in the state of Maine and believe MMA will add more excitement and opportunity.  We look forward to building an exciting and healthy rivalry between the Eagles and the Mariners in the future.”

“Having Football return to Maine Maritime Academy is a great thing for the state of Maine and New England.  MMA has a tradition of being a strong, disciplined program.  We look forward to having them as a member of the CCC.”

“It has been an honor to be part of such a dedicated team. The return of football to Maine Maritime Academy will not only benefit student enrollment and retention but will add another facet to the outstanding tradition of athletics being built at the Academy. I look forward to football returning to MMA as a dynamic and exciting part of that tradition, campus life and the future success of the players.”

“I would like to thank all my fellow committee members for their amazing work in reaching the goal in such a short time. A special thanks to all who have donated. It’s through their efforts and generosity that is now allowing the Academy to restart its long tradition of having a football team.  While many of life’s lessons are learned through sports such a football, the most important thing, is that now students who want to pursue academic programs offered at MMA and who also want to continue playing football at the college level can do so.” 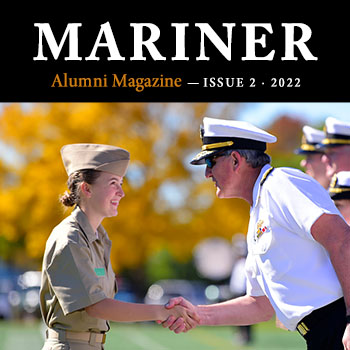 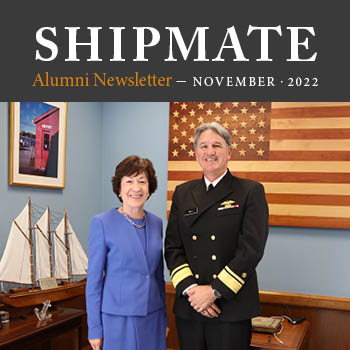