CASTINE, Maine – Maine Maritime Academy’s Board of Trustees announced today that Jerald S. “Jerry” Paul has been named as the college’s 15th President. Mr. Paul, current President of Capitol Access and a 1989 graduate of the institution, will take office this spring. 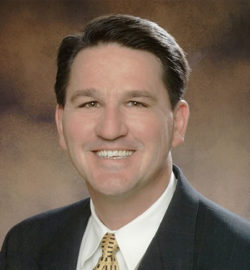 Mr. Paul will succeed President William J. Brennan, who steps down from the position at the end of April following 12 years of transformative leadership at MMA.

“I am gratified that the Board has selected such a fine individual to lead this wonderful college when I step down next spring,” says President Brennan. “Jerry has the background, experience, and personal demeanor that is ideally suited to lead MMA at this important time in our history. I ask the entire MMA family and the Castine community to join me in congratulating him. We are eager to have he and his family join us.”

For more than 20 years, he has practiced law as a member of the Federal and Florida Bar, including advocacy as a government affairs consultant and strategist, representing clients in governmental venues on matters of policy, appropriations, and grant funding. He also served as a court-certified mediator.

Mr. Paul served as the President-Appointed Principal Deputy Administrator of the U.S. National Nuclear Security Administration (NNSA) with a budget exceeding $10 billion along with oversight and management of 3 Divisions: U.S. Nuclear Defense Programs; U.S. Nuclear Nonproliferation; U.S. Naval Reactors. He has experience within the National Security complex including U.S. National Laboratories and with international diplomatic affairs. He has held security clearances at the highest levels for oversight of classified programs important to America’s interests.

As a former senior official within the U.S. Department of Energy Mr. Paul has been engaged throughout domestic and international energy markets. He served as Distinguished Fellow for Energy Policy at the Howard Baker Center for Public Policy, University of Tennessee in conjunction with Oak Ridge National Laboratory. He represented the State of Florida on the Southern States Energy Board. He formerly served on the 10-Year Planning Board for Tennessee Valley Authority. He has operated an energy consulting firm specializing in regulatory policy and development of energy technology.

He formerly served as an elected member of the Florida House of Representatives, serving as Chair of an Appropriations Subcommittee and Chair of the Environmental Regulation Committee. Throughout his career, he has also served in multiple capacities within Higher Education. He served on the College of Engineering Dean’s Advisory Board and the Nuclear Engineering Dept. Advisory Board at the University of Florida. He served on the Board of Trustees for the U.S. Naval Academy Foundation.

Mr. Paul’s appointment follows a national search that identified 39 candidates for the position. “This has been a very exciting process for the Academy,” says Chairman of the Board Earle Cianchette ’77. “We are incredibly proud to now welcome Jerry back to Castine and to build the future of MMA with him.”

This fall, MMA welcomed three finalists to campus for Town Hall events with stakeholders in leadership, academics, and athletics, and a tour of the college’s seaside facilities.

“I am honored to be offered this opportunity to return to my alma mater and lead the Academy that provided me with the tools that enabled me to achieve success,” says Mr. Paul. “My wife, Kristy, and I are eager to come back to Castine. We love this town, its maritime heritage, and especially its people including our local friendships. We look forward to beginning the transition in the new year.”

“It has always been an honor to be selected, elected, or appointed to leadership positions throughout my career,” he continues. “But the opportunity to lead the world’s greatest maritime college is the greatest honor of all.”

“I have had the good fortune in both the public and private sectors, and in government, to experience a rich diversity of perspectives on how organizations function – and function at the highest level. I will draw on what I’ve learned in each arena for our MMA of the Future,” Mr. Paul says. “The leadership by President Brennan for more than a decade has provided an extraordinary platform for which I, and our entire MMA family, are grateful.”

Mr. Paul will be taking the helm as the college celebrates its eighth decade and prepares to welcome a new training ship, expands academic offerings, and builds upon its reputation as a world-class maritime training institution.

“Coming back to MMA is a real thrill. The institution is poised for growth, and I look forward to working with our faculty, staff, and students as we evolve into the 21st century,” Mr. Paul says. “As an alumnus, it is particularly exciting to be a part of both the institution’s past and future.”

Mr. Paul will be the second alumnus to lead the Academy; the Honorable Kenneth Curtis ’52, former governor of the state of Maine, led the institution for 9 years beginning in 1986.

“This is a very exciting moment for the Academy,” says Bill Full ’76, President of the Alumni Board. “I have no doubt that the future of MMA will be very well served by Jerry. He has seen the institution adapt and evolve to changing times and brings a wealth of professional leadership experience to the position.” 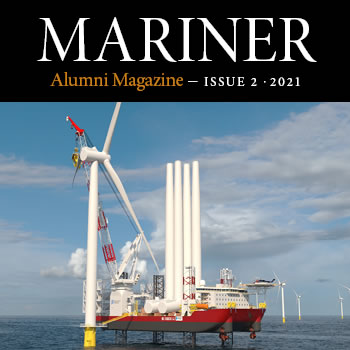 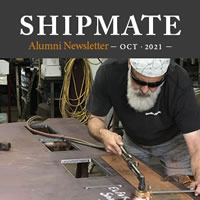