The Fulbright Program is the flagship international educational exchange program sponsored by the U.S. government. It is designed to increase mutual understanding between the people of the United States and the people of other countries. The Fulbright Program provides participants—chosen for their academic merit and leadership potential—with the opportunity to study, teach and conduct research, exchange ideas and contribute to finding solutions to shared international concerns.*

“In addition to affording me the opportunity to teach overseas in my area of expertise, the Fulbright award enables collaborative research in engineering education, as well as exposure to the Russian method in pedagogy,” said Professor Wlodkowski. “As a result, I will conduct a comparative assessment of engineering curricula, which will serve as a precursor to future student and faculty exchanges. Moreover, I believe this collaboration in engineering education research will naturally promote the development of a joint research program in energy and environmental systems.”

Paul, his wife, Alexandra, and their three children will live abroad for the full semester, and the children will attend school in St. Petersburg. Wlodkowski is fluent in Russian, having grown up speaking the language at home. His first experience in Russia was as an exchange student at Lomonosov Moscow State University in 1988. On that trip, he met President Reagan after the President’s summit speech at the University. He also worked as a translator for CNN during the Reagan-Gorbachev summit. 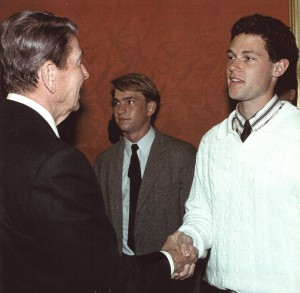 Maine Maritime Academy is a co-educational, public college on the coast of Maine offering 18 degree programs in engineering, management, science, and transportation. The college serves approximately 950 undergraduate and graduate students in career-oriented programs of study. Maine Maritime Academy was ranked the #1 Best Public College on [ http://time.com/money/collection/moneys-best-colleges/ ]Money magazine’s Best Colleges list released in August, 2014. The college’s persistence, retention and graduation rates are well above national averages, and the job placement rate is in excess of 90 percent within 90 days of graduation. For more information, visit mainemaritime.edu.