Home > About MMA > Office of the President > President’s Bio 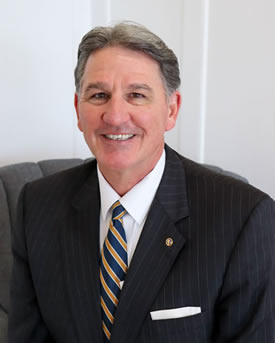 For more than 20 years he has practiced law as a member of the Federal and Florida Bar including advocacy as a government affairs consultant and strategist, representing clients in governmental venues on matters of policy, appropriations, and grant funding. He also served as a court-certified mediator.

Mr. Paul served as the President-Appointed Principal Deputy Administrator of the U.S. National Nuclear Security Administration (NNSA) with a budget exceeding $10 billion along with oversight and management of 3 Divisions: U.S. Nuclear Defense Programs; U.S. Nuclear Nonproliferation; U.S. Naval Reactors. He is experienced within the National Security complex including U.S. National Laboratories and experienced with international diplomatic affairs. He has held security clearances at the highest levels for oversight of classified programs important to America’s interests. Mr. Paul received the NNSA Gold Medal as “an exemplary public servant who made major contributions to the national security of this great Nation” stating “through application of your technical, legal and industrial expertise… the management of the Department’s programs has been markedly improved. Your vision and tireless efforts … resolved many challenging issues that have made the Complex more responsive to the Department of Defense”.

As a former senior official within the U.S. Department of Energy Mr. Paul has been engaged throughout domestic and international energy markets. He served as Distinguished Fellow for Energy Policy at the Howard Baker Center for Public Policy, University of Tennessee in conjunction with Oak Ridge National Laboratory. He represented the State of Florida on the Southern States Energy Board. He formerly served on the 10-Year Planning Board for Tennessee Valley Authority. He has operated an energy consulting firm specializing in regulatory policy and development of energy technology.

He formerly served as an elected member of the Florida House of Representatives, serving as Chair of an Appropriations Subcommittee and Chair of the Environmental Regulation Committee. Throughout his career he has also served in multiple capacities within Higher Education. He served on the College of Engineering Dean’s Advisory Board and the Nuclear Engineering Dept. Advisory Board at the University of Florida. He served on the Board of Trustees for the U.S. Naval Academy Foundation.

Mr. Paul is experienced in the small vessel operations and yachting communities where he enjoys a broad network of relationships. He and his governmental affairs firm represent multiple cruising associations, marinas, vessel chartering stakeholders, and yacht brokers. He holds a USCG 100T Master License. He and his wife have cruised extensively on their sailboat and their Trawler.

His wife of 33 years, Kristina, is a retired teacher. Together they raised a daughter and a son who have matriculated through higher education. He enjoys sailing, spearfishing, flyfishing and backpacking. 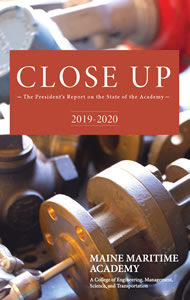