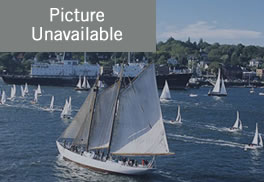 Peter Sarnacki earned his B.S. degree in engineering from Maine Maritime Academy in 1979 and he began his teaching appointment at MMA in 1995. He is currently the Marine Engineering Operations program coordinator.

Mr. Sarnacki developed and teaches courses in steam and gas turbines and marine power auxiliary systems. He is a member of ASME International Gas Turbines Institute (IGTI) and has conducted research and authored papers in the field of thermal electric energy conversion devices and is a paper reviewer for IGTI. His engineering background also includes ten years of service on the trans-Alaska pipeline system where he completed his appointment as Marine Operations Supervisor in the Valdez oil terminal in charge of tanker movements and oil spill response at the port of Valdez.