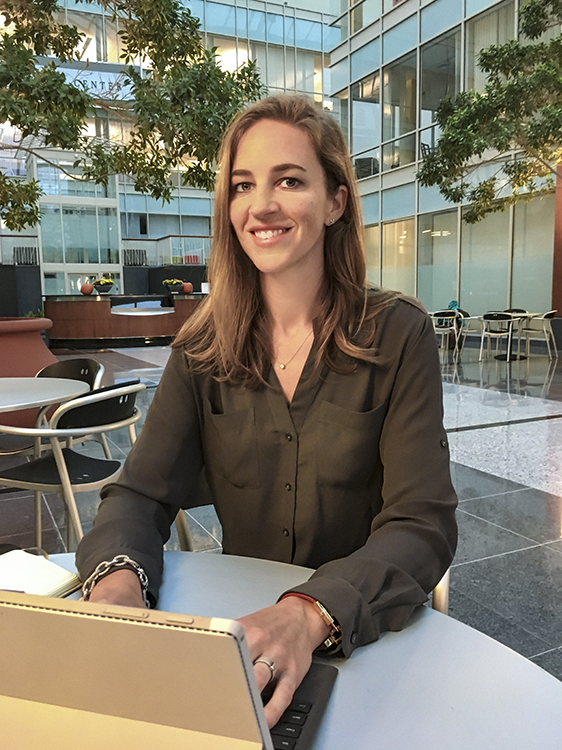 When you graduate from MMA with an engineering degree you know how demanding the work can be, but it opens the door for many career opportunities. So, there’s an equation that doesn’t add up for Professor of Engineering Barbara Fleck.

Why do few women enter the field? Approximately 30 women are enrolled in engineering majors at MMA (out of 543 total). In the United States, 20 percent of engineering school graduates are women, according to the Society of Women Engineers. And they make up only 11-14 percent of practicing engineers.

“In part it’s because engineering has an image problem,” says Fleck. “Not many young women are exposed to examples of other women in engineering, versus, say health care. They can’t visualize themselves in those careers.”

Marine and power engineering, the emphasis of MMA programming, are even less well-known fields. But the experiences and efforts of alumni, academy faculty and leadership, and students are paving the way for change.

Kathleen Knight ’81 was the first woman to graduate from MMA in Marine Engineering. She credits her father with influencing her to consider the field: “He was very capable with anything mechanical, and he passed that interest on to my brothers and me.” She decided to pursue engineering because of her proficiency in math and physics, but Knight immediately faced hurdles. 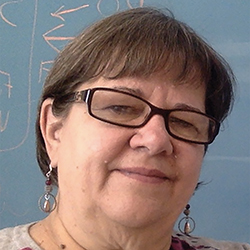 “When I asked my high school guidance counselor for a letter of recommendation to enter an engineering program, he told me it wasn’t a good fit, that I should major in Phys. Ed.,” she says.

MMA was in the early stages of accepting women when Knight enrolled. She was encouraged and excelled in the academy’s learning environment. “I was hooked after the first training cruise, learning new things, taking things apart and putting them back together, working with my classmates to complete jobs.

“The bad times,” she says, “were when I wasn’t allowed to participate in activities because I was a woman, or having obscenities yelled at me from behind the curtains in the dorms.”

She continued to excel upon graduation. Her education at MMA allowed her to do well in a variety of jobs, from engineering design, quality assurance and safety with a company that repaired ships, to working as a maintenance supervisor and nuclear plant operator, a technical writer, and now as a math teacher at Lewison High School, Maine.

“I take pride that I helped pave the way so young women are now recognized as being just as capable as young men in their desired field—traditional or not.”

In past years, engineering suffered from a reputation of being a tedious profession filled with hours of calculations by hand and pages and pages of numbers to solve problems.

“With the computers we have now,” Fleck says, “analysis can be done quickly and engineers are free to do more creative and interesting tasks.”

With an engineering degree, a graduate leaves MMA with an ability to solve problems and create solutions that have wide applicability, she adds.

An interesting example is Alaina (Hanlon) Adams ’03 who came to MMA in pursuit of a Marine Systems Engineering degree literally with stars in her eyes.

“I wanted to work with NASA,” she says, “and realized an engineering degree from MMA would give me an edge and position me for that goal.” 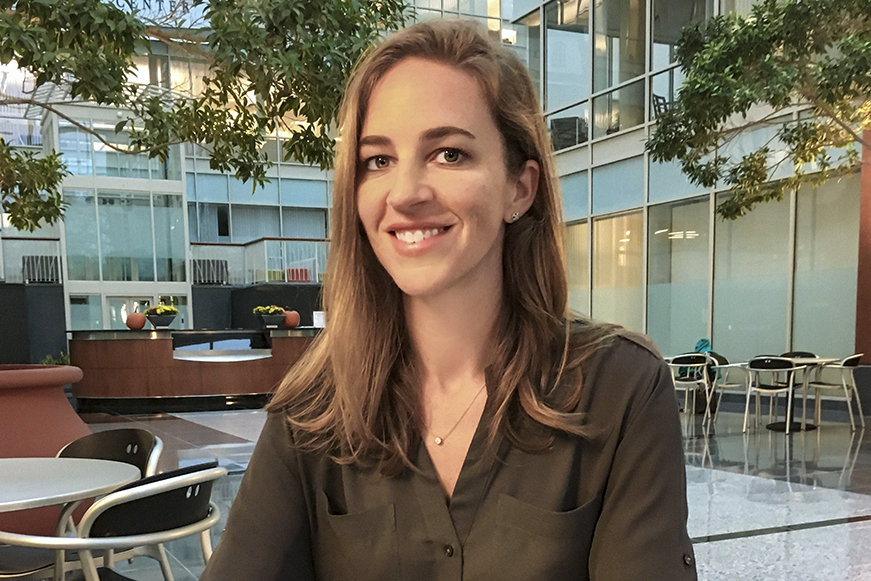 For Adams, MMA’s engineering program stood out because of its unique hands-on, approach to applied learning, complemented by strong theoretical and classroom components. “Plus,” she says, “traveling the world on the academy’s training ship sounded like an amazing adventure I couldn’t experience anywhere else.”

In the nearly two decades between Knight’s and Adams’ enrollments, hundreds of women have graduated from MMA and proved themselves more than capable in maritime, science, technical trades and more.

“My experience at MMA was very positive,” Adams says. “Not to say there weren’t challenges, there were, but they helped prepare me for similar challenges I would face in the future.

“I am very grateful to my engineering professors, many of whom I’m still in close contact with today. They demonstrated a genuine interest in helping students succeed.”

Adams developed leadership skills as a midshipman training officer, Cadet Assistant Engineer and captain of several sports teams—and a deep passion for engineering.
She obtained her master’s and doctorate degrees in mechanical engineering at the University of Massachusetts, Amherst where she conducted research related to NASA and aerospace—specifically, materials manufacturing in space and a novel thermal monitoring and detection system for spacecraft.

As a graduate student, her work led her to start her first company, which developed sensing systems capable of self-diagnosing problems and sending alerts, not only for aerospace vehicles but infrastructure, as well as therapeutic devices for healthcare prevention systems.

Partnering with a leading research hospital in Boston, she started her next company focused on preventing diseases, such as type 2 diabetes, using sensing technology, “big data,” predictive analytics and clinical intervention techniques.

Becoming a business executive has brought its own set of hard-won lessons for Adams, but her solutions have a touchstone in her days at MMA.

“Being an engineer turned out to be a great background for being a CEO,” she says. “I was a problem-solver. I could see the big picture, as well as the details needed to get there.”

Several important strides have been made to recruit and help women succeed in engineering at MMA.

“Obviously, having women faculty helps,” says Elizabeth True, Ed.D., Vice President of Student Affairs and Enrollment Management. “Women engineering alumnae serve as great ambassadors for the school. There’s strong informal mentoring that upper-class women do for freshmen, the OneTeam program (part of a comprehensive leadership initiative in Athletics), and an effort to get our students networked through the school’s affiliation with the Society of Women Engineers (SWE).” 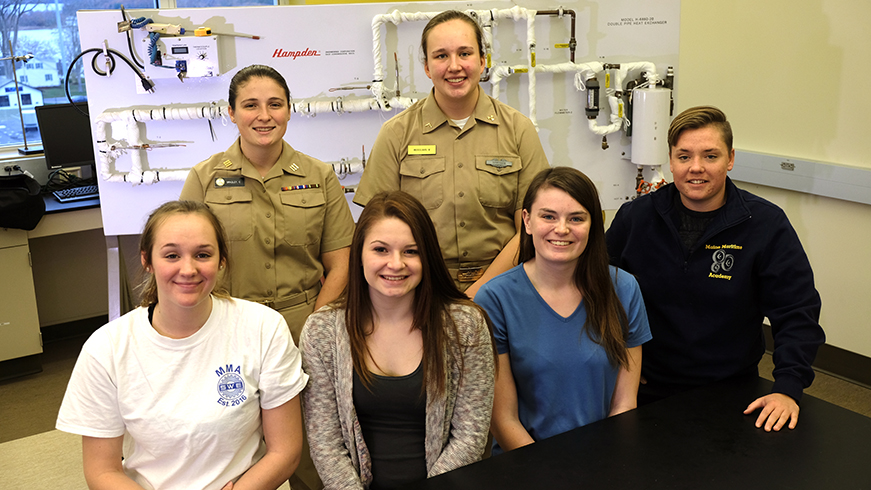 Although the MMA chapter of SWE was created just last year with True’s support and Fleck as faculty advisor, several graduates have already leveraged their membership in the MMA group to help land their first jobs, including Molly Marcotte ’16, one of the MMA SWE’s founding members.

She progressed to the job after only a year working for NAVSEA at the Mid-Atlantic Regional Maintenance Center. 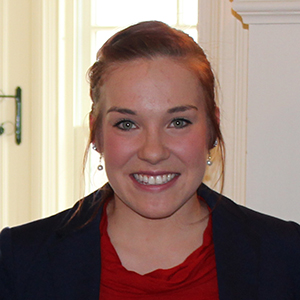 “At my job,” she says. “I’m doing what I enjoy and using the knowledge and experience MMA provided.

“I think it’s hard to recruit women into engineering because as Professor Fleck said, there aren’t many women to look up to; therefore it’s hard to envision yourself excelling. And although the industry has greatly changed over time, engineering is still mostly a man’s world that I see even in my job now. I’m happy to note it’s improving.

“I’ve succeeded so far not only because of my own goals but also because that is the expectation for a Maine Maritime graduate.

“I wouldn’t have the job I love now or the drive to push myself without the stress, long nights and hard work that came from being an MMA student.”

Problems To Be Solved

“With an engineering degree from MMA you can walk into a job immediately out of school with a good salary and job security,” she says.

“Basically, engineering uses math and science to solve problems. Once you have those skills, you can use them to solve all kinds of problems—in robotics, energy, design, research, biomedicine or manufacturing. We have several grads, for example, working for Tesla (electric car) manufacturing.”

“Look at where our women alums have gone and what they have achieved!” says True. “They seem to climb up the career ladder in the maritime trades and ashore very quickly because of their training and unique experience.”█

Hi, I agree with what you say [in this article]. I am now 28-year-old and when I graduated from the best engineering college in Nagpur [India], I thought that I might not be able to have a career like men do. But I tried, and now I am a software developer.