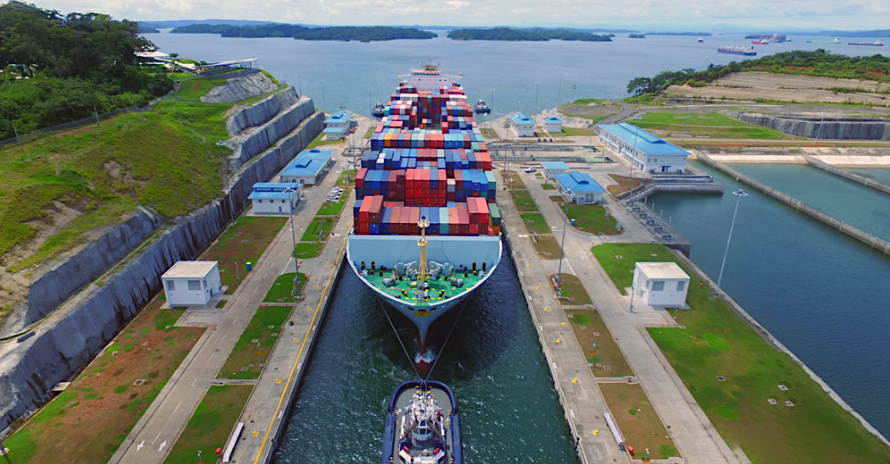 Alumni in Key Roles in the Panama Canal

The Academy and the Canal have always had close ties. The 1946 senior cruise included a transit across the canal, and Cristobal and Balboa were a regular stop in the 50s and 60s.

The SS Ancon, owned by the Panama Railroad Company, was commissioned as training ship for MMA in 1962. The following year the new State of Maine visited the canal during her first winter cruise. The ship lured to its old home port a few alumni like Roger Haines ’66 and Nat Gladding ’67, who joined the pilot force in the 70s. Haines served as a Senior Port Captain while Gladding was one of the few recipients of the John Constantine award for 20 years of accident-free pilotage.

END_OF_DOCUMENT_TOKEN_TO_BE_REPLACED

First Person
Hanging in There for Kids

I’m an instructor for Red Wolf Wilderness Adventures in the Black Creek Wilderness of the Desoto National Forest in Mississippi. I work with school kids from the area in outdoor programs that foster team- and confidence-building, outdoor and wilderness skills.

It’s rewarding to help them discover that they can do whatever they set their minds to do, which is not necessarily the case when they first arrive.

END_OF_DOCUMENT_TOKEN_TO_BE_REPLACED

Entrepreneur
Love of the Sea and Business

This story includes a video.

It harkens to O’Leary’s boyhood infatuation with the ocean, which led to a remarkable career, from service as a naval officer and merchant mariner to Commandant of the U.S. Merchant Marine Academy and founder and president of Cruise International / CI Travel, a company of 2,500 employees and a 14-ship fleet that cruised some of America’s most prominent harbors.

END_OF_DOCUMENT_TOKEN_TO_BE_REPLACED

This story includes a video.

I think America needs to know what they did.

The Kirk and crew led the largest humanitarian rescue in US Navy history at the end of the Vietnam War when Saigon fell in the spring of 1975.