Ritchie Field has been the home of the Mariners since intercollegiate play began at the academy in the 1940s. It is named in honor of Lt. Donald Ernest Ritchie ’43, who died in action at Iwo Jima in 1945.

For much of the athletic field’s early days it was grass and dirt, and sometimes mud trenches, until 1993, when philanthropist Harold Alfond donated funds for renovation and installation of a carpet-style turf that was the first of its kind in northern New England.

In 2005, the field was upgraded to a polypropylene fiber and rubber infill system that served until a new slit fiber system, Sprintturf Ultrablade, was installed just in time for fall sports this year. It is a state-of-the-art turf system purchased partially with donations, and with playability, safety and durability as priorities.

With glimpses of Oakum Bay from the grandstands and sweeping views of Penobscot Bay from atop the press box, Ritchie Field is one of the most beautiful settings in Division III athletics. 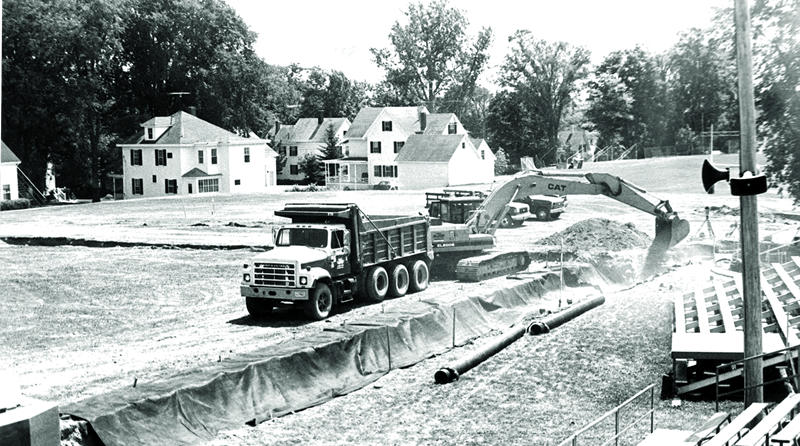