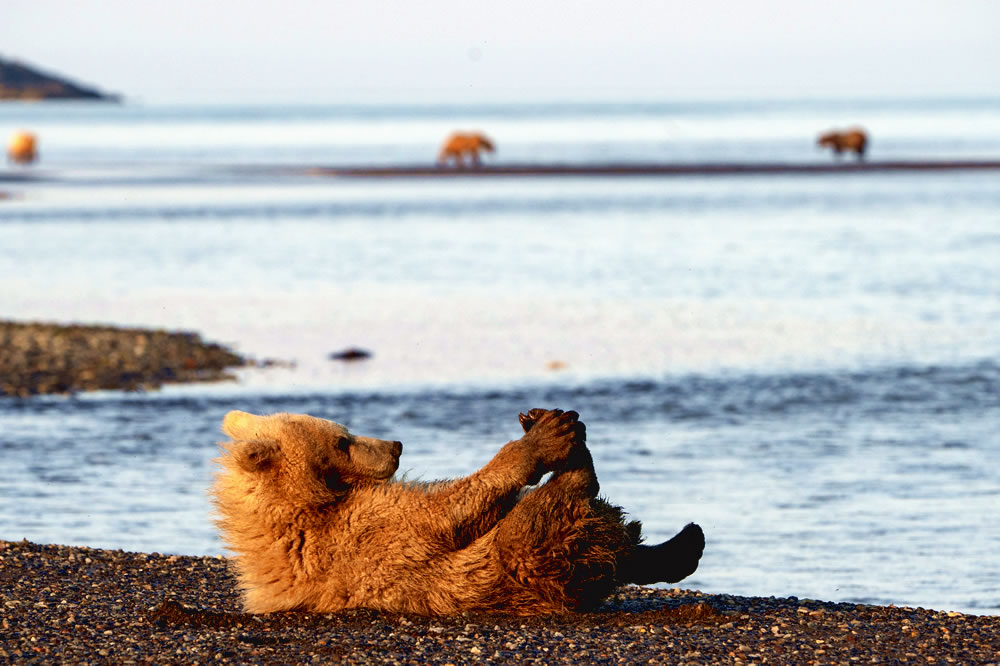 FOR HER SUMMER CO-OP, Vessel Operations & Technology major Olivia Mitchell worked as a skiff driver and deckhand on the bear guide boat M/V Ursus that frequented Hallo Bay in Katmai National Park, Alaska. She took this photo of a year-and-a-half-old grizzly bear cub playing with his paws while his mother and two others in the background hunted for salmon. “That evening, eight would eventually show up on the beach,” says Mitchell. “Bears in Hallo Bay are fairly accustomed to humans, though we try to keep a low profile and don’t get within 50 yards of them.”

Mitchell captured the image with a Sony a7ii, a 35mm full-frame digital camera that boasts the latest in photo technology, and it became a finalist in the 2019 MMA Photo Contest. See other entries at mainemaritime.edu/photocontest. For a fun throwback to the latest photo tech circa 1875, see the stereoscopic photo of Dismukes Hall in Time & Tide.█