The team achieved a top 20 rating in fall season sailing, and its summer sailing program brought students, alumni and staff together for regatta action up and down the Maine coast.

On a Broad Reach

Boats are hauled, sails folded and stored. The days are short and sometimes dreary in Maine now. But members of the MMA Sailing team have ample reason to feel optimistic as they look to the spring racing season.

With the guidance of new head coach Taylor Martin, the sailing team completed its fall season with a climb in collegiate standings, and individuals from the team enjoyed successful summer sailing in Gulf of Maine Ocean Racing Association (GMORA) events.

“We traveled to and competed against teams from across New England in dinghies and keelboats and had a very successful season,” says Martin. “The team ended up qualifying for the fall New England Inter-Collegiate Sailing Association championship for the first time since 2008. Overall, the team now ranks 17th out of 48 teams.”

The GMORA summer races included students racing on Tasman, a Sydney 38, in various pursuit and fleet competitions across the Gulf from June to October, including the MS Harborfest and Around Islesboro regattas, led by MMA Sailing Master J.M. Payne.

“Almost half of the team is freshmen,” says Martin, “and we have a great incoming class. That bodes well for the future.

“The biggest challenge is to change the team mindset to believe we are not a second-tier program, that we are capable of competing against Harvard, Yale, MIT and the other teams ranked top five in the district, which is the upper echelon in the country, really,” says Martin. “That is our goal and an important next step.”█ 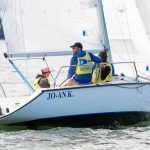 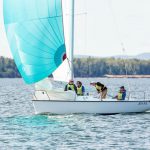 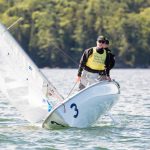 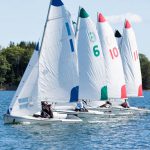