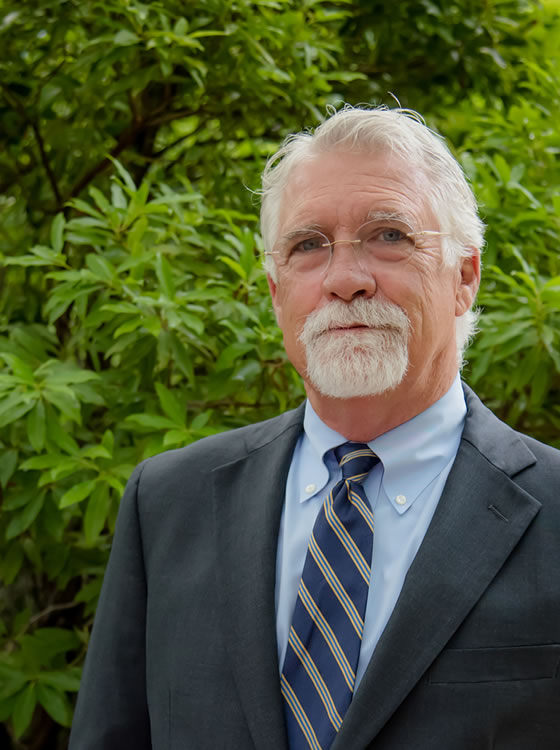 It is April in Castine, and the seasons are finally changing. The breeze off the harbor has softened, the sun is shining, and the first yellow flowers of spring have arrived.

In a few short weeks, this year’s graduates will be off to pursue exciting new careers, at sea and ashore, and underclassmen will embark upon summer adventures that include internships, co-ops, cadet shipping, or life aboard the Training Ship State of Maine (TSSOM) during the summer 2022 sea term. There is a feeling of both excitement and nervous anticipation in the air.

It is a feeling that President William J. Brennan also shares. After 12 years at the helm, he is now headed into retirement, joining graduating students as they leave Castine after the commencement ceremony. Like them, he is beginning a new chapter and looking back on the years he has spent on campus.

President Brennan began his tenure as academy president in 2010, following a successful career in public service. Having grown up in Castine, taking the position of president was something of a homecoming. His father, known to thousands of MMA graduates as Captain Brennan, was the academy’s first Commandant of Midshipmen.

“Castine was a fairly magical place to grow up in,” he remembers. “When we first arrived, there were several young families in the area, and we had the run of the town. We would sled down the hill where the Alfond Student Center now stands during the winter and play in the Witherle Woods or along the shore during the warmer months.” 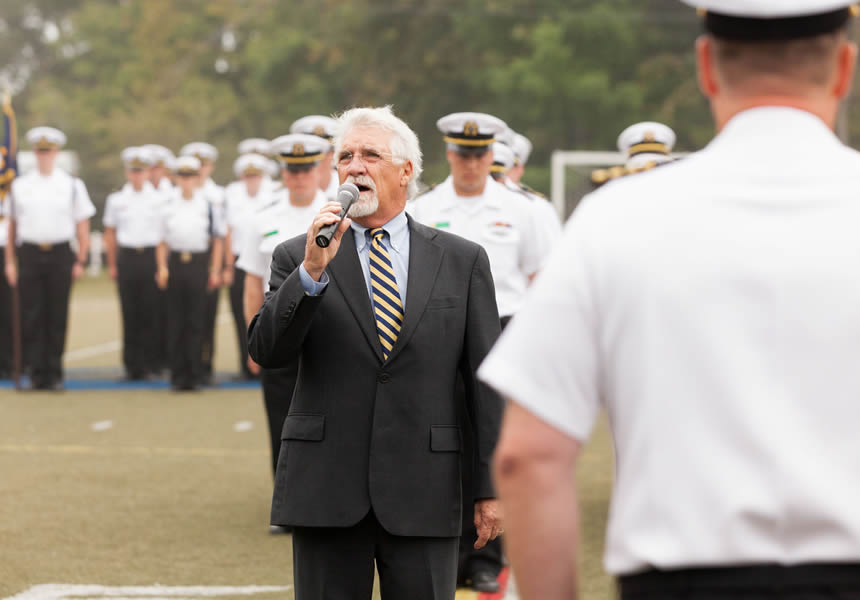 Prior to the family’s arrival in Castine, the Brennans had had something of a nomadic existence. Captain Brennan graduated from the Academy in 1943 and joined the U.S. Navy soon after. As a young sailor in service to his country, he traveled the world.

He met his wife Ethel in 1949 and together they began to build a family, with President Brennan as the oldest of four children including his sisters Maryann and Katy and his brother Michael. During his first 12 years of life, President Brennan moved nine times. In coming to Castine, he finally found a home.

“I’ve always seen Castine as something of a refuge,” he explains. “After moving around so much I was happy to be somewhere that I knew we wouldn’t leave. I didn’t know it at the time, but in many ways this place has become my life.”

It was thanks to this love of place that President Brennan ultimately found his professional passion. After attending Bucksport Junior High School and graduating from Kents Hill School, he joined his first ship as a merchant mariner, working as a wiper aboard a Getty oil tanker. A brief stint studying art in a Colorado university convinced him that path did not suit him, and he began looking for another way forward.

He returned to Castine to rethink his plans and took a job working with a local fisherman. Under Captain Phil Sawyer’s watchful eye, a young President Brennan learned the ins and outs of scallop fishing. He became fascinated by the creatures that they pulled from the gray, gleaming waters and was ever more intrigued by the intricacies of fishing.

In 1977, he joined the research team at NOAA Fisheries’ Woods Hole laboratory and began his professional career in earnest.

While he loved working in the field, President Brennan’s interest in the legislative aspect of the work continued to grow. In 1983, he joined the office of Congressman John R. McKernan, serving as senior staff in the U.S. House of Representatives. Four years later, he was appointed by Governor John R. McKernan, Jr. to serve in his Cabinet as Commissioner of Maine’s Department of Marine Resources, a position he held for eight years.

By the time President Brennan and his wife Heather returned to Castine in 2010, he had earned a doctorate in Ecology and Environmental Sciences from the University of Maine and served as head of the National Oceanic and Atmospheric Administration (NOAA) and as Assistant U.S. Secretary of Commerce for Oceans and Atmosphere. In addition to his NOAA duties, President Brennan served as the Director of the United States Climate Change Science Program, integrating government-supported research on climate and global change. He also served for a time as the Deputy Assistant Secretary of Commerce for International Affairs, managing the international activities for NOAA and its subsidiary branches.

As the academy’s 14th president, President Brennan had two simple goals: foster the connection between the academy and the local community and develop critical infrastructure to allow the institution to bridge its rich heritage with a broad vision for the future. 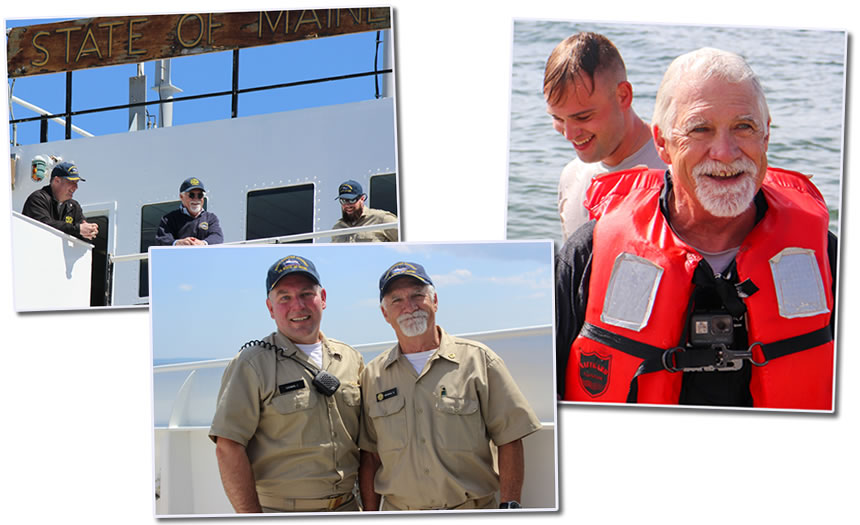 To achieve the success he envisioned, President Brennan set about building. First, he needed to reacquaint himself with the people of Maine Maritime Academy. “When I first came to the Academy as president, I was surprised to learn how many employees I was connected to directly or through a personal relationship. Many of us had gone to school together, and others I knew through my family’s association with the college,” he says.

The relationships that he was able to rekindle or build have been transformative. “I am so proud of what we have been able to achieve together,” he adds. “MMA is a community, a family, and when we come together there is little we cannot do.”

True to the mission of the school, much of President Brennan’s focus over the last 12 years has been on improving the student experience, be it in the classroom, on the field, or on the water. To support academic endeavors, he stewarded resources to renovate the Buoy House and establish MMA’s Accessibility Services program.

To enhance extracurricular activities and athletics, critical investments were also made in Mariner facilities. This included new and refurbished women’s and men’s locker rooms, an expansion and upgrade of the MMA fitness center, and new turf on the athletic field. To honor the institution’s service heritage, a Veteran’s Center was established in Quick Hall in 2017.

Under President Brennan’s leadership, the academy also secured $14M in philanthropic and state bond money to build the ABS Building, the first new classroom/laboratory building built on the campus in 30 years, and $18M of state legislative support to renovate Curtis Hall. In the spring of 2019, MMA celebrated the completion of renovations to the Wyman House.

As Chairman of the State Maritime Academy (SMA) Consortium, President Brennan worked to increase federal funding to SMA and led the effort to secure more than $1.5 billion for the construction of a new fleet of purpose-built maritime training ships. The state-of-the-art diesel electric National Security Multi-Mission Vessels (NSMVs) will provide world-class training for state maritime academies across the country and support humanitarian assistance and disaster relief missions. MMA is slated to receive its new training ship in late 2024.

“The arrival of the NSMV will fundamentally alter the way we are able to educate the next generation of mariners,” explains President Brennan. 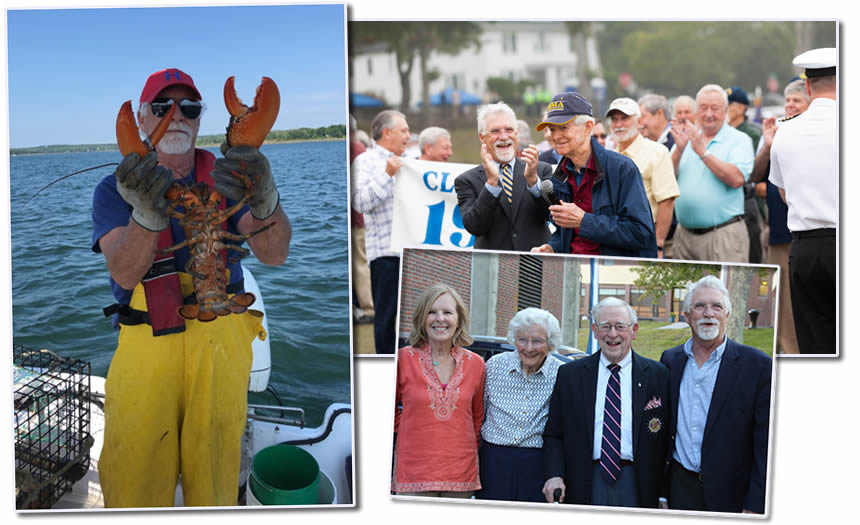 As steward of the Schooner Bowdoin, Maine’s official state vessel, President Brennan successfully lobbied legislators in Augusta to provide $50K in annual state appropriation for Bowdoin’s annual maintenance and oversaw the renovation and restoration of the vessel in 2019.

“I’m gratified to know that the future of this beloved vessel will also now be secured through the Bowdoin Legacy Fund and the committee of dedicated individuals who safeguard her for the education and enjoyment of our students,” he says.

The sustainability and viability of a student’s education was also central to President Brennan’s push to establish a satellite campus. In 2020, the academy purchased a property in Bucksport that now houses the Center for Professional Mariner Development (CPMD) which enhances the academy’s research and programming capabilities.

In all areas of operations, President Brennan’s efforts were focused on students. “We have worked hard to make sure that our students can be successful in their studies, their careers, and their lives,” he says.

Early in his tenure, President Brennan joined cadets aboard TSSOM during a portion of their summer cruise. “I met a freshman on watch one night who told me about his plans for the future. He was still several years out from graduation, but he was so focused,” President Brennan recalls. “I saw him again several years later at an alumni function and he had achieved the goals he spelled out for me that evening aboard the ship – he had the land and the house he wanted, had earned his license, and was newly married. Most importantly, he was happy.”

It was experiences like this that motivated President Brennan to also focus on growing the academy’s endowment from about $11 million when he began in 2010 to more than $60 million today. “My hope is that any kid who wants to come here, can, regardless of financial circumstance,” he says. “MMA can be transformational and access to it should not be limited by factors that are outside a student’s control.”

To convey his dedication to their success, President Brennan has long participated in one of the academy’s most beloved traditions, Ship Jump. “I jump to demonstrate in a very dramatic fashion that I am with them,” he says. “I lead this institution as president, but we are shipmates, and we can do anything together.”

The belief that MMA’s community will always find strength in unity has been central to President Brennan’s leadership.

“The story of this institution is written collectively,” he says. “Painful and difficult moments, like the sinking of El Faro or the challenges posed by the pandemic, are part of our history and we endured them together. The same can be said of our success and our victories. They are ours, together.” 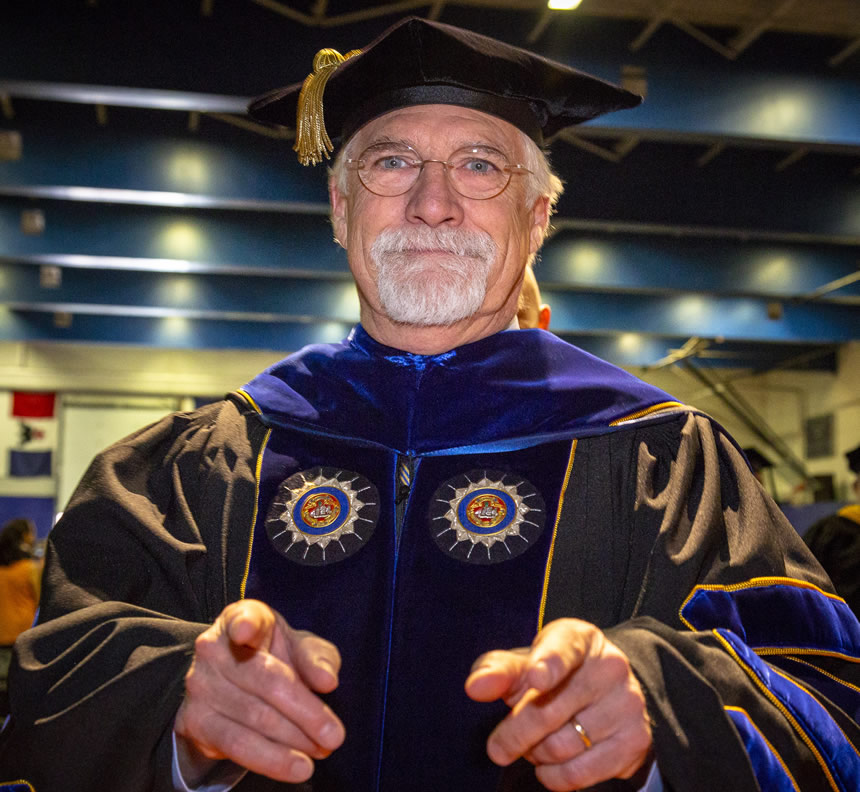 While he has largely focused on the students themselves, President Brennan notes that the community extends far beyond the campus’ boundary lines. MMA’s global network of alumni and supporters are the lifeblood of the academy.

“It is as true here as it is on a ship,” he says. “We each play a role. We are responsible for one another, and we must protect one another. My dedication to that notion has never wavered and I have seen the strength of that conviction in my colleagues countless times over the years.”

Looking Back and Looking Forward

As he looks back on the last 12 years, President Brennan considers his place in a much larger picture.

“My relationship with the academy goes back more than 50 years,” he explains. “I have always understood that I am here in service to something much bigger than myself and I have taken the responsibility of tending to that legacy very seriously.”

Like so many of this year’s graduates, President Brennan will be surrounded by friends and family during the Commencement ceremony in April. Many of his guests have played key roles in the academy’s success over the years and now close out this chapter with him. Together they will celebrate this remarkable occasion and close an important chapter in MMA’s rich history.

“It has been the honor of my life to follow in my father’s footsteps and lead this remarkable little college,” he says. “I’ve always considered MMA to be a part of my heritage and this place will continue to be central to my life. So many graduates feel forever tied to this place and for me it is also so.”█