A Season of Change

WHILE I RECENTLY had the pleasure of welcoming President-Select Jerry Paul ’89 back to MMA, equally important to me has been the opportunity to thank Dr. William J. Brennan for his long service to Maine Maritime Academy. 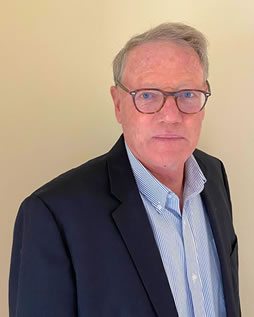 It was a closely held secret in early 2020 that Bill was planning to retire that year. He had quietly discussed his plans to the Chairman of the Board of Trustees, Earle Cianchette, and myself but asked that it be kept strictly confidential until his plans were finalized. A few short weeks later, he called to express his concern over the spread of COVID-19 and how that would impact a presidential search and transition. He felt that he owed it to the academy to wait until things settled down. None of us would have guessed at the time that it would be two more years before President Brennan and his wife Heather would be able to enjoy their well-deserved retreat from the 24/7/365 duties as the first family of MMA.

If Bill had retired in 2020, he would have had many laurels to rest upon. Chief among them was developing the new training ship program and, as President of the consortium of maritime academies, securing congressional support and shepherding the project through Congress. Since that successful effort, Bill and Heather have done the equivalent of four overtimes, guiding 900 or so students, staff, and faculty through two years of COVID-induced challenges. At long last, we wish you well on the next stage of your lives and express our thanks for 12 years of extraordinary effort!

Another significant change for the academy will come in early summer, when Earle Cianchette ’77, Chair of the Board of Trustees, steps down. After serving on the Alumni Board, Earle was appointed to the Board of Trustees a decade ago. As a result of his energy and devotion to the school and his leadership skills, he was quickly drawn into the leadership ranks. The school and our alumni have been fortunate to have benefited from his service for many years. Thank you, Earle!

We are also fortunate to have Jerry Paul ’89 and his wife Kristy coming onboard. MMA has become a jewel of an institution. That happened not by chance but by the success of the alumni and their generosity in giving back. In turn, the strength of the school’s curriculum and reputation within the industries it serves have supported and benefited the alumni. This symbiotic relationship and effort are what resulted in our having an extraordinary field of presidential applicants and the opportunity to welcome Jerry back to Castine.

While Maine Maritime Academy has many challenges to face with the effects of COVID and a declining population of college-age students, our support of one another gives us a bright future!