AFTER 25 YEARS OF TRAINING students aboard the current T/S State of Maine, Maine Maritime Academy anticipates receiving its first ever purpose-built training ship in October 2024. The National Security Multi-Mission Vessel (NSMV) is the third of five planned training vessels designated for state maritime academies. SUNY Maritime and Massachusetts Maritime will receive their vessels before Maine; Texas A&M Maritime and California Maritime will follow. In anticipation of the NSMV’s arrival in Castine, the college has enlisted Collier Project Leaders of Connecticut as its Owners Representative. Derek Osterman, Director of Collier’s Project Management Team in Boston, will work with MMA staff to oversee the three-phase design-bid-build process.

Phase I focuses on the infrastructure needed to receive the new ship. The goal is to complete this phase by the start of the Fall 2024 semester, prior the NSMV, which will also carry the T/S State of Maine name. The primary objective of Phase I is the physical improvements of the existing Academy pier, including new mooring points, new breasting points, extension of the pier face, and the installation of one or more mooring dolphins to meet parameters for sustaining a category 1 hurricane. As a working waterfront, MMA will minimize any disruption to its mission throughout the construction phase. 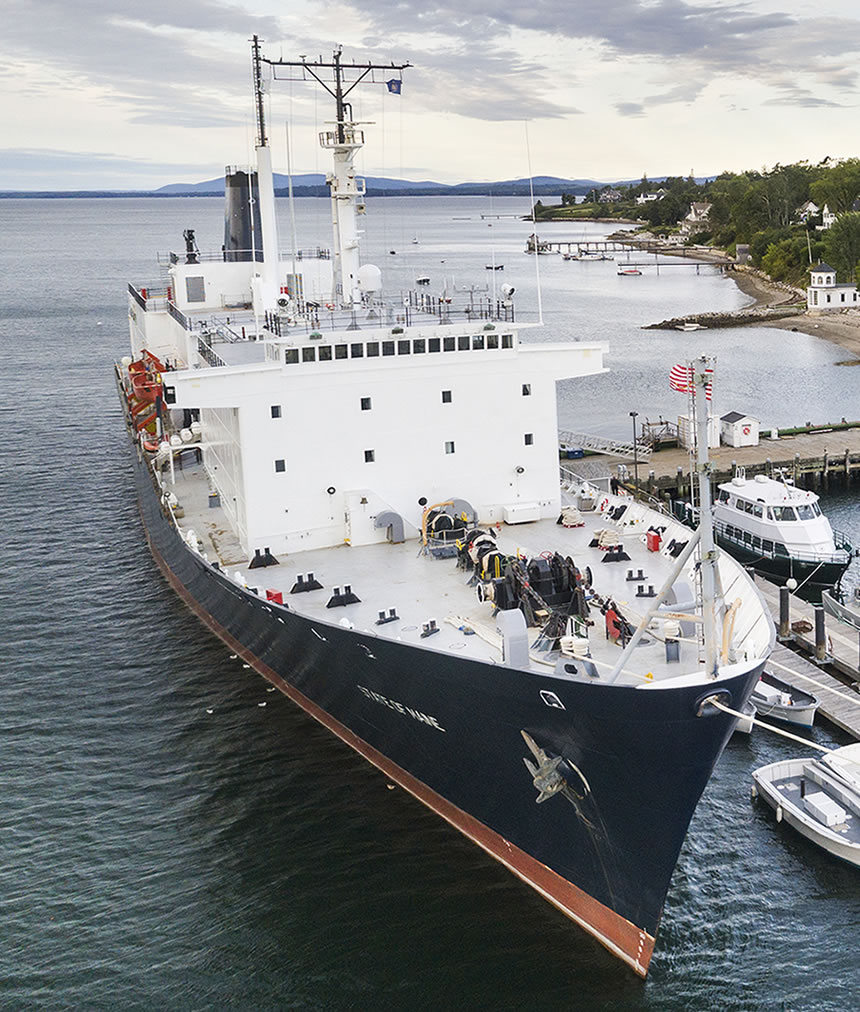 Phase II will focus on town-gown interests. It includes an increase in MMA parking to lessen the demand on Castine’s waterfront lots, improved pedestrian access, and the revitalization of other spaces. The projected completion date for this phase is August 2025.

Phase III will focus on academic infrastructure developments. Andrews Hall will be replaced with a new education center that will include Ocean Studies laboratories, a wet lab, an exhibit space, meeting and event spaces, and public restrooms. Lifeboat davits with boats for training will be built and mounted to the pier. This phase is slated for completion in August 2026.

The Academy is working with MARAD to explore federal opportunities for support. The State of Maine recently earmarked $3 million toward the effort; discussions are underway for additional funding opportunities. Phase II and Phase III will be funded by private philanthropy as part of a comprehensive campaign, the largest in the school’s history. The campaign is currently in the silent phase of this effort but will be launched publicly later this year.█