The 2019 cruise will traverse more than 11,000 nautical miles and visit seven ports.

Making ready for European cruise in step with the future

Cadet Chief Engineer Trenton Lloyd-Rees, a senior Marine Engineering Technology major, completed his final training cruise last year, but he has a contribution to make to this year’s trip. An SMS Alarm Device he helped develop relies on a single onboard computer to relay engine alarms to designated individuals via text alert, no matter their location. 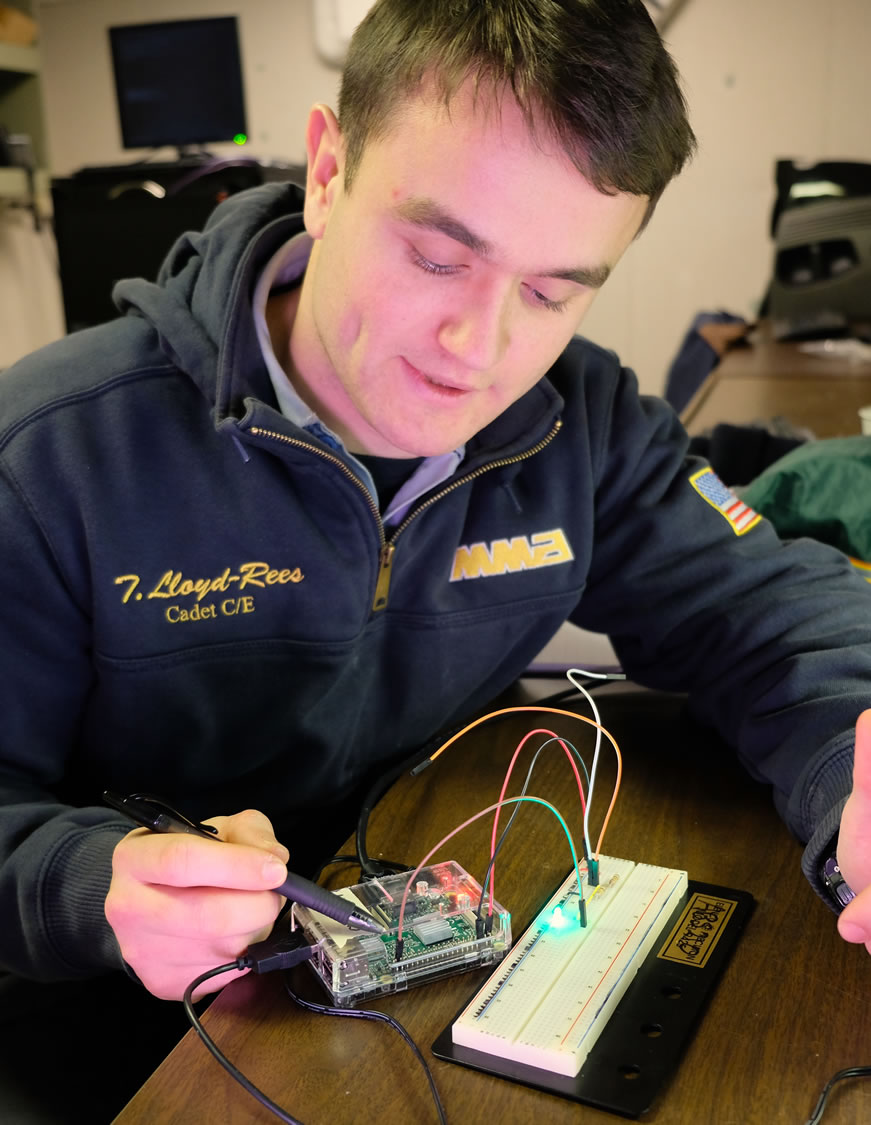 Llyod-Rees utilized a Raspberry Pi (single board) computer for the heart of his alarm relay system.

Lloyd-Rees, working with Cameron and Professor of Engineering Donald McCann, wrote the code for his computer and then helped install and test it just in time for the ship’s scheduled departure on May 8.

The State of Maine’s ports of call this summer include:

As was the case last year, the 2019 cruise will be divided into two parts (A and B) for junior engineering students. Half will complete their segment in Portsmouth, UK where the remaining group of juniors will step aboard for the rest of the cruise. Freshmen will sail the entire cruise, as will junior deck students.

New this year, the Commandant’s staff is working to coordinate student-to-student meetings with the Spanish Navy Officers School, Barcelona Nautical School and Estonian Maritime Academy while in nearby ports. “The engagements not only generate good will, but also unique opportunities to share knowledge,” Deputy Commandant Lonnie Christian says.

To track the progress of the training voyage, follow online at cruise.mainemaritime.edu.█