Why I give to Maine Maritime Academy 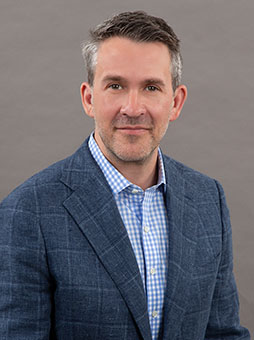 I have long known I owe much of my success in life to my experience at Maine Maritime Academy. I give gladly to the Academy, both to thank the institution for the life it helped me create, and to help the Academy offer that opportunity to others. Here’s my story.

I graduated from Maine Maritime Academy in 1997 with a degree in nautical science. I also volunteered for a commission in the United States Naval Reserve. For two years following graduation, I followed the same path as many of my classmates: I went to sea for shipping companies. But I quickly realized that such a career, while adventurous, exciting, and well-paying, was not the career for me. Beyond often getting seasick in bad storms (something I should have investigated before going to a maritime academy), I knew I wanted to go home to a family every night.

It was hard to think about what else I could do with my specialized degree. Fortunately, I had developed an interest in investing while at sea. I did not have much else to spend my wages on at the time, so figured I should do something vaguely responsible with them. I decided to see if I could parlay my interest in investing into an actual career and began sending résumés to investment banks and asset management firms.

To be honest, my expectations were low. Reading through the résumés of the junior staff members at the firms I was applying to, I saw that nearly all had attended well-known business schools and studied finance and economics. It was hard to believe I had much of a chance. To my surprise, I started receiving invitations for interviews. In no time, I had three job offers from well-respected firms. It seemed incredible that I was having to choose among offers. I selected an analyst position with Northern Trust—a prestigious private bank based in Chicago.

Maine Maritime Academy gave me the skills and habits to succeed, and I remain grateful to this day.

Shortly after starting, I asked my boss why I was chosen. I did not have a business degree or internship. The most I could claim was having read a few books on investing while at sea. My boss replied with two points. The first was maturity. Apparently, I did not carry myself as the typical 23- or 24-year-old. The second was his assertion that anyone who could do the calculations to sail by celestial navigation had all the quantitative skills finance required (a field that had become mathematically driven by the 1990s).

Maine Maritime Academy gave me the skills and habits to succeed, and I remain grateful to this day. The example (and occasional fair reprimand) of the Commandant of Midshipmen, Gunny, and outstanding professors such as Captain William McKinley, taught me the discipline and bearing that would one day land me that job at Northern Trust. From there, the rest seemed easy. I studied for my MBA at night after long days at the bank, but for someone used to standing watch in the middle of the night or getting up early every day for colors, it did not seem all that hard.

I was promoted quickly through Northern Trust and later became a partner at a leading investment consulting firm before I was thirty. I became a principal at a global investment bank, and then co-founded a private equity firm before I was thirty-five. Best of all, I have the wonderful family I dreamed of when I was out to sea as a 22-year-old. I have never forgotten how much of my success I owe to Maine Maritime Academy and the lessons I learned there. They are lessons I still draw upon to this day.█

For these event details and more: mainemaritime.edu/mariners-forever/events