I fulfilled my lifelong dream of flying fighters two years after leaving MMA.

MMA provided the four-year degree I needed for flying and a Third Mate license to pursue sailing, which I did after my career in the Air Force.

Though I was not a pilot (due to my eyesight), I was able to fly as Weapon Systems Officer in the rear cockpit of the F-4E Phantom. It was an incredible experience and more fun than I could have imagined.

The second half of my military career involved working as a staff officer, which included two tours at the White House as a military liaison within the Executive Office of the President. I was there during the Clinton-Bush transition, the 911 attacks, and the Bush-Obama transition.

The work of which I am most proud is the deployment of the RC-26B surveillance aircraft. In 2003 I was the RC-26B Program Manager and was tasked by the Pentagon to support ground troops in Iraq. The workload was arduous but we had incredible success. The reason I am so proud of this accomplishment is that we saved countless American lives. 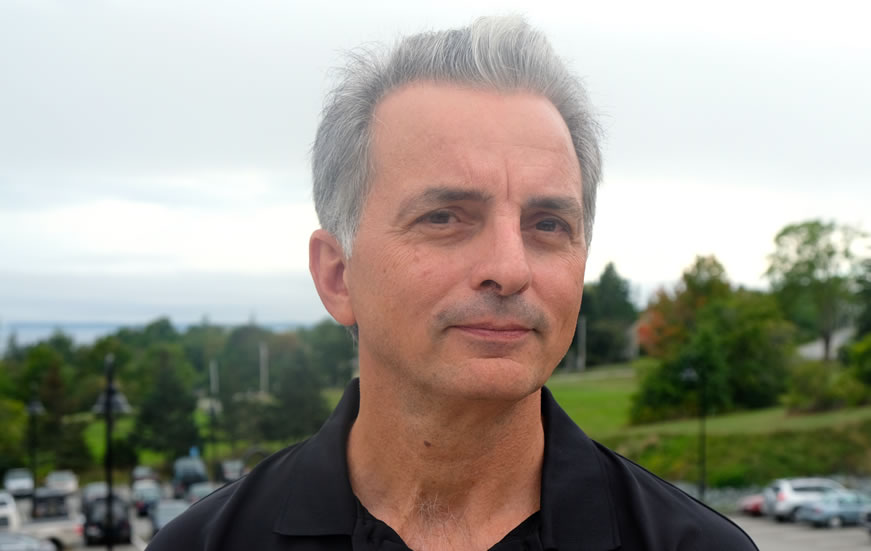 Perry Cubeta ’83 achieved his dream of flying fighters in his early career, became a staff officer, and then retrained to work at sea in the Gulf of Mexico.

Before my Air Force retirement, I decided to pursue a second career at sea. I called the Coast Guard and asked what I needed to renew my Third Mate license. I had to take 11 STCW courses and the Third Mate test all over again, which I did in about 10 months.

I initially started in the Gulf working on supply boats. After a year-and-a-half, I received my 1600T Master, Unlimited Second Mate license and full DPO certification. I then went to drill ships for three-and-a-half years before coming ashore in 2016 due to my daughter becoming very ill.

I volunteered to speak at MMA last September because throughout my early career, I had made many mistakes regarding career progression. I did not actively manage my career as I should have. I want to pass along my knowledge so that young people understand the essential things they need to know and practice in order to fulfill their dreams. What I have come to realize is that we don’t make mistakes early in our careers because we’re “young and stupid,” but because we are trying to do something we have never done before. We end up learning by our mistakes and in many cases make so many mistakes that we can’t get back on the path we want to be on. My intent is to keep those mistakes to a minimum.

I stress my four cornerstones for success: 1) We all understand the importance of “work hard,” but “work smart” is the necessity to actively manage your career; 2) Education and training never stop. You must continually pursue further education/training to progress in your career; 3) Stay out of trouble, which applies in and outside the workplace. In today’s culture, trouble can be a career-stopper; 4) Maintain good character and personality. This entails adherence to moral principles, leading by example, and establishing good relations.

My lecture was well received and I’m grateful to MMA for allowing me to speak with them. I enjoy the opportunity to educate our future leaders on ways to enhance their careers once they leave MMA. It’s my way of giving back to an institution that provided the foundation needed to build a successful career.█

Hi Perry, I had a similar career path as I went through the US Navy Flight Program at Pensacola, Safley, N . & S. Whiting, and F. Sherman Field with final USN assignment aboard the USS Wasp (CVS-18) then eventually worked on my license after retaking the USCG 3rd’s. I retired in 2005 at age 70 working for Wilhelmsen Lines as a member of AMO. The USN paid for most of my Castine education and I treasure my time on active duty in the USN.

Thank you William. It’s nice to know that another middie did the same thing. The main reason I was inspired to talk to the students at MMA came from working with the new generation of maritime academy graduates. I was in my 50s and they were in their 20s. Listening to them was like listening to myself 30 years ago. I didn’t want them to make a lot of the mistakes I made. I got lucky and had a great career. I just want the same for every young kid out there.

Hi Perry, Well saidI share your thoughts on trying to help the young MMA Midshipmen/women and try to encourage in any way possible. The USN was the best thing that happened for me at MMA and not sure MMA appreciates the importance of the Navy was for so many of us.

The training ship watch should monitor VHF radio channel 16 and 13
With coastwise vessels a lot depends on communication.

Congratulations, Col. Cubeta. Great article on your career. Your four cornerstones of success are right on target. All graduates should follow them to the best of their ability. I have found that by doing the extra for management and the people you are responsible for, will lead to greater opportunities for yourself and family.

Thank you CAPT Fenderson. Congratulations on your career. Your comments are also true. I’m always hopeful that the knowledge we pass along to the younger generations is absorbed and put into practice. I appreciate your post.

Great story, Perry. It was an honor and pleasure working with you. Best wishes to you the the family.

Thanks Matt, You’re the best. All the best to you and your beautiful family. See you this summer.