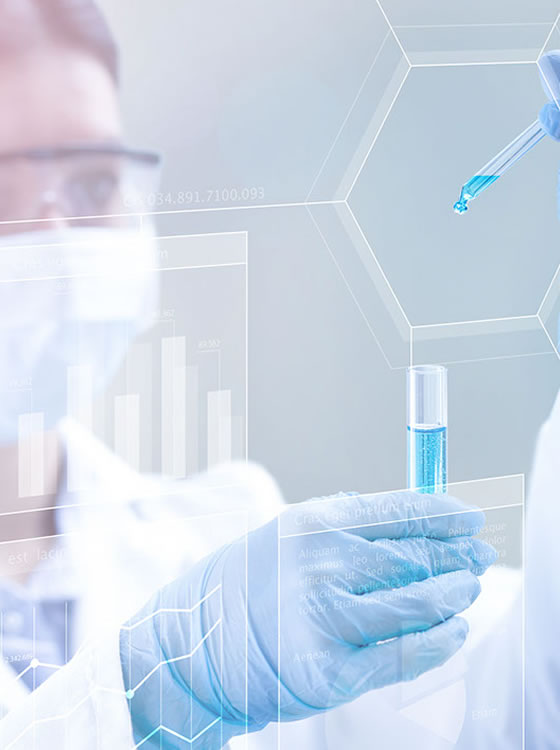 WHEN HE WAS 10-YEARS-OLD, Dale Thomas had maps hanging in his bedroom. What fascinated him was how maps were made based on what was known at the time, and how later discoveries altered those maps. If he had a map predicting his own future, it would show a journey from his hometown of Hampden, Maine, to bridges of ships, to the scientific exploration of the deep chemical contours of human biology and the study of peptides. 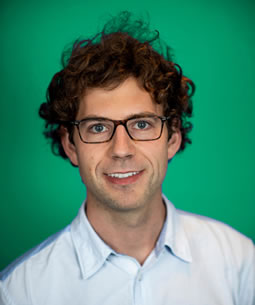 Thomas ’13 cofounded Mytide Therapeutics, a company that uses artificial intelligence and automation to shorten the time required to make peptides, which have become valued in medical research and treatment. One of the promises of Mytide’s platform is that a researcher may be able to “order” a peptide for a specific single patient that will be part of his or her cancer therapy. According to Thomas, the company is working to enable peptides to be a low cost personalized therapeutic in the not too distant future.

Peptides are building blocks that carry signals in cells and throughout the body. They have traditionally been expensive and time-consuming to produce, requiring six weeks to create by traditional methods in a laboratory. Thomas and a team of co-workers set a goal to be able to produce peptides in closer to 23 hours.

When humans develop cancer or other diseases, certain critical failures can happen inside of individual cells. A peptide is the right size to enter a cell and can carry other material with it, such as a therapy. Advances in design and molecular engineering have made these therapeutics a practical solution for curing complex diseases. Indeed, some vaccines against COVID-19 were designed to allow a tiny container of fat to carry a messenger RNA to help spur the immune response.

“I am always looking for opportunity to positively impact peoples’ lives. I believe whether you are moving a ship or you are creating medicines, they present a similar set of problems.”

In the biotechnology world, the market for peptides was estimated at $28.4 billion in the United States in 2020 when excluding insulin, by one analysis at Yahoo Finance. Biological building blocks, like peptides, are seeing a resurgence in the biotechnology industry as companies look to cure increasingly difficult to treat illnesses faster while taking a more personalized approach.

As an only child, Thomas was raised in a family where education was valued, and he recalls his ambitions eventually included studying science and engineering in graduate school. He attended Hampden Academy where he enjoyed academics, and he recognized Maine Maritime Academy (MMA) would be a great place to study engineering.

At MMA, he learned to be a leader. One of Thomas’ engineering professors described him as having “diligent preparation, unconventional thinking, and sheer fortitude.” Thomas distinguished himself by completing the 5-year systems engineering degree in four years and was named the Class of 2013 valedictorian as well as a Scheel Scholar.

“I was thinking of going into the shipping industry or working for Georgia Pacific at a paper plant, and then in my senior year, I applied to Stanford, Columbia, and Massachusetts Institute of Technology (MIT),” he recalled. He was accepted and landed at MIT, choosing a graduate program in manufacturing engineering, continuing on to earn a Ph.D. in mechanical engineering where he obtained a perfect grade point average.

For him, MIT would provide a fertile place for a wide range of sciences, engineering, and entrepreneurship.

“I was able to refine my unique systems level approach, and really saw how the confluence of my experiences could solve decades old problems within the manufacture molecules (such as peptides),” he said. He called this a “serendipitous loop.”

Some of his interest in leadership may have come from early summers with his grandfather in Brooks, Maine.

“I got to work alongside him and watch him think like an owner … from that inspiration I did want to start my own company at some point. Given that background, I took advantage of studying entrepreneurship at MIT,” he said.

In hindsight, as Thomas looks back on the map drawn by his actual steps along his career, he is satisfied with his choices.

“I am always looking for opportunity to positively impact peoples’ lives. I believe whether you are moving a ship or you are creating medicines, they present a similar set of problems. I have been fortunate throughout my career to be enabled to explore my full intellectual curiosity and work towards driving impact across industries. 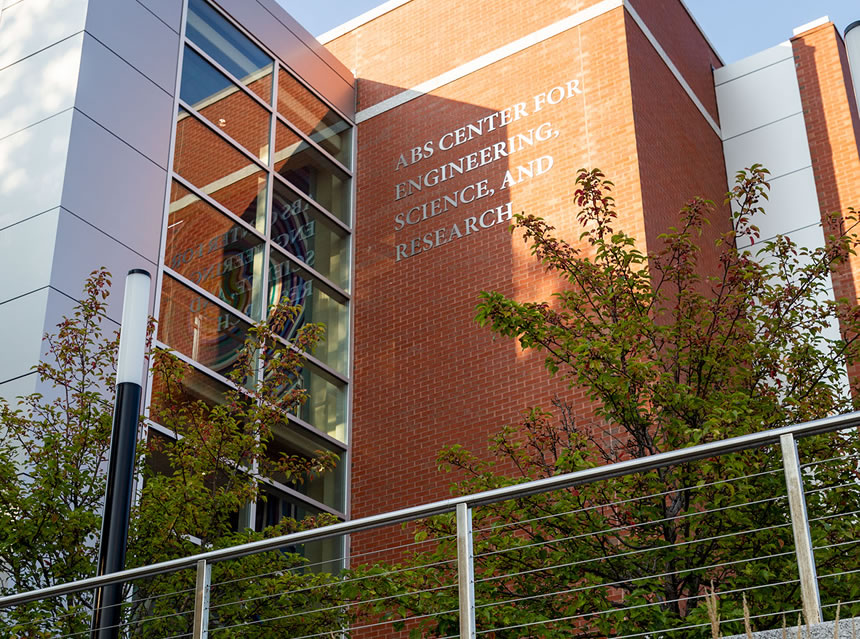 Thanks to an ABS Fellowship, Thomas was able to finish his graduate work at MIT. MMA’s ABS Center for Engineering, Science, and Research provides state-of-the-art teaching and research laboratories, classrooms, study spaces, and more at the center of the campus to inspire future engineers and scientists.

“A ship is a floating city. That city has electricity, it has propulsion, and it has refrigeration. Maine Maritime really helped me focus on complex systems,” said Thomas.

Today, he lives and works in Boston. He says steering a city-sized ship with complex systems and a team of experts is not that different from steering a company making complex molecules.

When asked if he has any hobbies, Thomas chuckles and says that his company is his hobby.