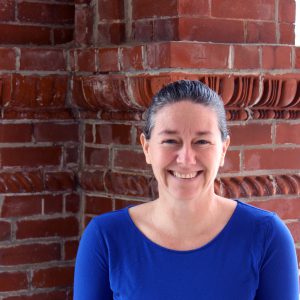 I grew up in a small town called Sheepshead Bay in Brooklyn, New York. I started out my college experience at the Naval Academy Preparatory School and the Naval Academy playing basketball, after a few injuries I transferred and finished my degree at the College of Staten Island in 2000 with a degree in Mathematics, and a minor in Geology. After graduating I started coaching basketball at Rutgers Newark, then Montclair State (while also interning with the NCAA) and West Point. I transitioned to Admissions (with a brief stint as the softball coach) in 2006 when I started to work for the United States Merchant Marine Academy. My family and I were excited to move to Maine and join the Maine Maritime Academy family in 2016. Outside of work I spend a lot of time chauffeuring my daughter to gymnastics, basketball and softball.

Veterans across the United States.

Anywhere there are students!

In college I worked construction, renovating houses and my favorite thing was doing slate roofs.

For the class of 2024, enrollment deposits are refundable until August 1, 2020

*MMA reserves the right to: